JAMB Cut Off Marks For Medicine & Surgery 2021 (ALL SCHOOLS) 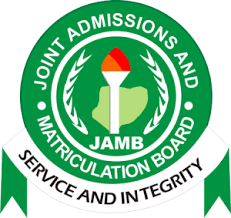 Universities With The Lowest Cut Off Marks for Medicine

Here is the list of low cut-off marks for Medicine And Surgery for various Nigerian Universities.

The Unified Tertiary Matriculation Examination (UTME) jamb cut off marks for all Nigeria Medical and Surgery Institutions have been released, and this information contains a list of schools that accepts candidates into the department of Medicine and Surgery even with low JAMB score.

If you would like to study Medicine, but do not know JAMB’s latest cut off points, here we present you a list of universities in Nigeria cut off marks which we have checked, and it’s the lowest.

Take note that you can find all the Joint Admission and Matriculation Board (JAMB) cut off marks for medicine and surgery below.

It is very essential and important to note here that although these cut-off marks of JAMB are actually low, you may need to score a bit higher, which means studying harder.

Although this Medicine and surgery cut off marks works, if for example, Ahmadu Bello University have candidates seeking for admission with JAMB scores of 190 and above, they’ll select them first, before going for candidates with jamb scores of 180.

Best State Univesity in Nigeria for Medicine and Surgery

List of Federal University that offer Medicine and Surgery In Nigeria

If you are considering a private university to study your Medicine and Surgery, not bad at all at least you will avoid much stress of delay in admission, sure of admission when you reach their little requirement.

Medical School in Nigeria and their Fees

Note that The school fees of private Universities for Medicine and Surgery are very costly ranging from Annual cost of studying medicine at privates University is about N150,000,000 to N4,000,000. Depending on the private University you applied.

Polytechnics that offer Medicine and Surgery In Nigeria

Jamb requirement For Medicine and Surgery

Are you searching for Jamb requirement for Medicine and Surgery? the requirement is that you need to have this subjects when you are filling the form subject which are Use of English, Biology, Chemistry and Physics.

Secondy You need to by pass jamb cut off mark of 250 and above for you to be consider in any University you want to apply for.

Every year, after candidates, must have written the UTME exams, JAMB releases a general cut off mark for every university, polytechnic, and college of education.

So the question is, what’s JAMB cut off mark? And how does it affect aspirants? Here’s it;

JAMB cut off mark is a score limit set for all universities, polytechnics, and colleges of education below which no student is meant to get admission.

This mark goes for all the different universities and schools and not just generally.

So for example, the University of Lagos cut off point maybe 200 while that of Abia state university be 180. What this means is that any aspirant willing to get into Unilag must have at least 200 and for ABSU, 180.

JAMB Cut Off Mark For Medicine and Surgery: A thing?

While JAMB tries to get an average cut off point to screen applicants eligible to apply for a school, you should know that there’s nothing like JAMB cut off for Medicine and Surgery.

What JAMB only does is to set a General Mark to exceed for any applicant trying to get admission into a school. But they don’t set limits for a particular course of study.

So here are the myths most people believe and the real truth about them:

Myth 1: JAMB sets cut off mark for Medicine and surgery for each institution

Let’s get this clear with; the Joint Admissions Matriculation Board JAMB is a body that’s responsible for admitting students into the tertiary institutions in Nigeria using the UTME.

Although JAMB plays a significant role in students admission, they don’t specify the cut off marks for the different courses to study in tertiary institutions.

But this is what they do instead;

Each year, JAMB releases a cut off mark which is the minimum score required before a student will get admission into the university. While this score may fluctuate from year to year, it’s usually between 180-200.

So what this entails is that, if you pass the minimum JAMB cut off mark, you’re eligible to apply for Medicine and surgery in university. But note that it doesn’t guarantee admission success.

Each University in Nigeria is responsible for setting the cut off mark for admission into the different courses in that school. The score is usually an aggregate of both UTME and post-UTME.

However, if you don’t pass the minimum JAMB cut off to make for Universities, you’ll not be allowed to apply for that school. So if you’re concerned about your chances of getting admitted into a particular University, find out first about the general cut off for that school set by JAMB, then go ahead to think about Post-UTME.

Many a time, students, having checked that they passed the minimum JAMB cut off mark, get excited and satisfied. Although it’s a good feeling to be happy and all that, in reality, it doesn’t indicate success because JAMB cut off doesn’t determine if one will get into medical school.

If you pass JAMB cut off mark for Universities, it only entails that you’re eligible to apply for any course in that institution. And, since you’re using for Medicine and Surgery, you’ve got to carry your mind far from the minimum mark to a high level say 300+, if you genuinely want admission.

Myth 3: Having a High JAMB Score will get you admission of any choice

“320!”, you shout your score to your family while telling them for the first time. You then get excited that finally, after long hours of grinding through Past questions and textbooks, you’ve achieved that high JAMB score.

While it’s very okay to be happy with a good JAMB result, you’ve got to understand that it doesn’t mean that admission is sure. Let’s see some things;

In 2016, Aror Ogbenerukewe, a medical aspirant from Delta, applied for Medicine and surgery in Obafemi Awolowo University. She had a high score of 320 in UTME and relatively high scores in SSCE and Post-UTME, but she wasn’t admitted into the medical school program.

A similar thing also happened to another girl; after scoring 302 in UTME plus 274 in Post-UTME, she also failed to get admission into ABU’s medical school.

And not only that, during my time, I heard of plenty of people who aced UTME with high scores like 310, 312, who failed to get into medical school. A friend of mine aced With 314 aggregate in UNN, but she wasn’t admitted.

You’re a bit scared, right? Yes, that’s the reason for all these. But don’t overdo it. However, know that a high JAMB score above 300 doesn’t guarantee admission into Medicine.

Instead, Your score should make you a bit scared because there’s more work to do to make it a perfect success (admission into Medicine and surgery).

Have you ever watched critical football league matches where a player has scored two goals already? Come on; you must have seen such in Champions league or Premier league.

What do you notice? You’ll find that the scorer, although excited, is more anxious and nervous to score the final one to make it a Hartrick (an accomplishment for footballers).

Now, this is how you should be too! Don’t get it all wrong that a high JAMb score guarantees admission, but instead be hungry, and pregnant to ace the next one- Post-UTME.

Myth 4: Having a Low JAMB Score means you can’t get into Medicine and Surgery

A very good friend of yours might have revealed to you about his high score, 337 or thereabouts. A former classmate might have also aced the exam with 328. And you’re sad, yours was relatively low, probably somewhere below 300, but don’t be.

Don’t beat yourself up concerning what you perceive to be a low UTME score and don’t get into the stereotyped opinion that low cores can’t get into Medicine.

In my time, a friend of mine had 295 in a year where scores like 320,317 were trending among medical aspirants. She might have lost hope and feel very sad, but she kept fighting, reading hard, and guess what?

She raked a whooping 375/400 in post-UTME! In the end, her average was somewhere around 330+, and the admission list was super ready to welcome such a genius!

What does it entail? Fight! Don’t give up my friend; instead, I advise you to do the following:

JAMB Score For Medicine and Surgery

Thousands of medical aspirants around the country regularly search and ask “what is the perfect jamb score for medicine and surgery?”. And here, you’d understand all you need to know!

The JAMB score for Medicine and surgery depends on a lot of things ranging from type of medical school to the general performance of students.

Whichever one it is, always know you’re going to put in more work to cut through the noise and save yourself some space in the admission list.

However, this life lacks equilibrium and one aiming for medicine in a private university may not need a very high score in JAMB. What about folks who have the money for network connection? They’d surely find their way through!

But that’s the opposite for folks aspiring for public universities. It’s way cheaper than private and you should expect thousands of aspirants aiming for one target (get me Medicine).

So if you want to know the ideal jamb score for medicine, this is what you should do;

However, if you’re very enthusiastic about gaining admission into Medicine and surgery in Nigeria, you should target around 290-340 in JAMB, and do amazingly well in post-UTME.

Sure, you can score higher, if you don’t want to exceed the first page while searching for your name in the admission merit list.

That’s the much we can take on the topic “JAMB Cut Off Marks For Medicine & Surgery 2021 (ALL SCHOOLS)”.