List Of Courses Offered in Federal College of Education Obudu 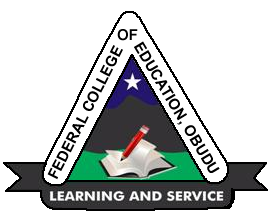 The department of Adult Education came to existence in February 2007 following a guide and directive by National Commission for Colleges of Education (NCCE). Pioneer staff of the department are: Mr. Peter Aniah, Mrs. Ngurukwem Chinyere, Mrs. Regina Igbo, Mrs. Felicia Angiating and late Mrs. Bernard Oyoyo. In order to meet the NCCE minimum staff requirement, Dr. Peter Betiang, Mr. Francis Adida, Mr. Mark Nke and Mr. Neji Mpantor formally in educational foundations were redeployed to join and kick-start the department as one of the departments in school of education.

Even though JAMB candidates of 2006/2007 academic session did not apply to the department, successful candidates were encouraged to combine Adult Education with a teaching subject. Surprisingly this session recorded an impressive population of 272 students. This range of population continued till 2010/2011 session when the department witnessed a sharp drop in student enrollment because Adult Education became double major, and has become a problem.

In 2011/2012 academic session, having fulfilled the requirement of the National Universities Commission, the department was granted right along side with some department in the college to run degree programme in affiliation with University of Calabar. Amid scarce resources over the years, there exist harmonious working relationship among staff and between staff and students leading to the graduation of good number of students of both the NCE and the degree programmes on a yearly basis.

Following the recent restructuring of the NCE programmes by National Commission for Colleges of Education (NCCE). In 2015/2016 academic session, the department of Adult Education is in the newly created school of Adult, Non – formal and special education. The department has 15 academic staff 4 Non – academic staff with Dr. Peter Aniah Betiang as the pioneer dean of the school.

That’s the much we can take on the topic “List Of Courses Offered in Federal College of Education Obudu”.