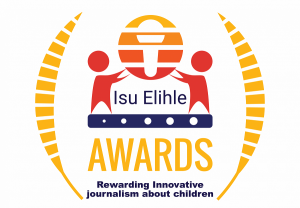 We are aware at mytopschools.com that you are searching for Media Monitoring Africa lsu Elihle Awards 2021 for African Journalists ,then you are not alone.

MMA’s awards seek to give children a voice and highlight the status of children on the African continent.

Journalists are encouraged to submit their story ideas and these can be targeted at any mainstream news medium such as TV, Radio or Online. The top six story ideas will then be selected during an awards ceremony which will be held in September.

The media can play an important role in protecting and promoting children’s rights and, in many instances, in exposing their abuses and triumphs. This is informed by the belief that children are not a homogenous group and deserve protection of their rights in all stages of their lives from early childhood development right up until they are legally considered to be adults.

The Isu Elihle Awards therefore aim to encourage alternative thinking around reporting on children, and to contribute to an environment that enables journalists to expose and highlight issues affecting children in the country and the continent.

Note that it is possible for one of the top 3 winners to be selected as the winner of the Mandy Rossouw Category. In this case they would take two cash prizes. It is also possible that the MRC will go to one of the other finalists not in the Top 3.

The story idea and published story will be judged according to the criteria below:

How to Apply for Media Monitoring Africa lsu Elihle Awards.

This entry form must be filled and completed by all African journalists who wish to enter their story ideas in the competition.

That’s the much we can take on the topic “Media Monitoring Africa lsu Elihle Awards 2021 for African Journalists”.