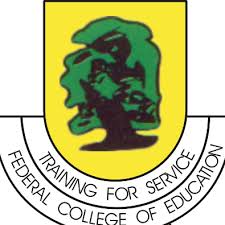 The Federal College of Education, Zaria, formerly known as the Advance Teachers’ College,(A.T.C) Zaria, is located in Zaria. The town lies between Latitude 11.07 and 12 degrees North and Longitude 07.44 and 8 degrees east. Located at a distance of about 962km from the Atlantic Ocean, it is about 80 kilometers North of Kaduna, the Capital of Kaduna State.

In April 1959, the Federal Ministry of Education, realizing the cardinal importance of educational development to a nation newly attaining political independence, appointed a Commission under the chairmanship of Sir Eric Ashby, Master of Clare College, Cambridge, to investigate the needs of Nigeria in Post-School Certificate and Higher Education. On the basis of the report of this Commission, which was significantly entitled “Investment in Education”, the Government of Nigeria in 1961 presented to the parliament a white paper on educational development up to 1970.

The white paper foresaw a possible increase in the enrolment of exiting secondary schools and the building of 600 new ones, with an annual intake of pupils rising from 12, 000 to 45, 000. in order to meet this rapid expansion, four new Advanced Teachers’ Training Colleges were recommended: One in Lagos and one in each regions; Zaria, Oweri, and Ondo. For the Colleges to take off, four requests for assistance were made to the then United Nations Special Fund which later became the United Nations Development Programme,(U.N.D.P) Special Fund component.

Authorization to start operations was given in May 1963, but the College was formally opened on 1st November, 1962 with an initial intake of 150 students. The project was originally envisaged for a five year duration. Subsequent revisions to the original plan of operation extended this for about three years. The name of the College was later changed to Zaria Teachers’ College.

That’s the much we can take on the topic “List Of Courses Offered In Federal College of Education Zaria (FCE-Zaria)”.