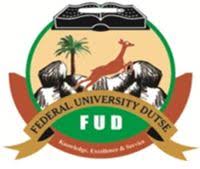 The Federal University Dutse (FUD), is one of the nine universities created by the Federal Government of Nigeria in 2011.

FUD offers both undergraduate and postgraduate programs (Pgde.Msc. and as well as PhD)

Delivering his speech at the convocation ceremony the Pioneer vice chancellor of the university Professor Jibirilla Dahiru Aminu (OFR) revealed that the university has scored over 80 percent marks from the assessment made by National Council of University on facilities and academic effectiveness.

The university’s campus is located in the ancient town of Dutse the capital of Jigawa State. FUD seeks to attract a diverse cast of lecturers and students, support research and teaching on local, national and global issues and create academic relationships with many universities and higher education institutions in Nigeria and across the world. FUD is offering a broad range of degree programs in Humanities, Natural and the Social Sciences, Agricultural Science and also in Medicine.

That’s the much we can take on the topic “Fresh List Of Courses Offered In Federal University Dutse (FUD)”.